Mariah White knows how to make the most out of opportunities. The senior point guard at Cleveland State University, who recently transferred to Missouri State, was determined to play Division I basketball when CSU came calling. It proved to be the perfect fit for the Ohio native, who has excelled on the court, in the classroom and as the Student-Athlete Advisory Committee’s (SAAC) first diversity, equity and inclusion (DEI) chair. For her impact on her sport, teammates, friends and community, White is named the 2021 Arthur Ashe Jr. Female Sports Scholar. 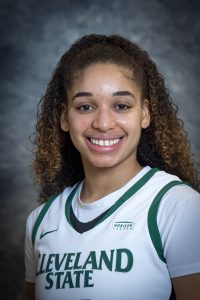 “I had the opportunity to live out my dream of going to college and fulfill my education while playing basketball at a Division I level,” says White, who has been on CSU’s dean’s list and the Horizon League Honor Roll. “Being a student-athlete has given me opportunities I never thought I would have. It’s helped me grow into a leader on and off the court.”

Her leadership skills were tested early on in her college career when a new head coach joined the team her sophomore year. Chris Kielsmeier says White was a big part of the effort to unite  the team and secure buy-in for his vision for the program. In her senior season, she has continued to lead, keeping players focused during the pandemic and helping lead the team to a winning season.

“She’s a vocal leader within the team and within the CSU community,” says Kielsmeier. “She has a competitiveness and a passion for many areas of her life.”

A big part of White’s work with SAAC this academic year included a voter registration initiative among student-athletes, which she cites as an extremely fulfilling experience.

“Since this is a newly created position, we knew she would be the right fit to lay the foundation for our committee,” says Dr. Robert Kleidman, CSU’s SAAC faculty advisor. “She spurred the development of our DEI framework.”

It was important to White to set the standard for the DEI committee while making sure student-athletes felt seen and heard and aware of what resources are available to them. 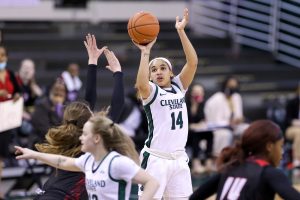 White describes herself as a vocal leader who leads by example. She is a two-time Horizon League Defensive Player of the Year and a three-time All-League honoree, including First Team this season. She led CSU to victory in this year’s Women’s Basketball Invitational Championship game.

Her tremendous success on the court and in the classroom is a testament to her tenacity, putting in extra time beyond team practice and being diligent in her studies.

“Being purposeful in putting that extra time in” is key, says White. “You also need time to reset and reboot so you won’t be overwhelmed.”

Reflecting on her four years at CSU, White savors being part of the women’s basketball team’s best-ever winning streak. She says it was awesome to be able to lead the team to the semi-finals of the conference tournament the last two years.

“She is always positive, and she understands the importance of allowing herself to be vulnerable to make others feel comfortable,” says Kleidman.

Self-care was immensely important this year, not only as players navigated the realities of playing during a pandemic, but as a math education major, she has also been student teaching. White wants to teach in underprivileged areas and understands that many students see math as a barrier. She’s seen teachers not foster confidence in math, and she wants to change that narrative, saying she loves Dr. Christopher Emdin’s book For White Folks Who Teach in the Hood…and the Rest of Y’all Too: Reality Pedagogy and Urban Education.

White has one more semester to finish her degree. Since the NCAA has granted an additional year of eligibility, she’s considering playing next season. After that, she will go into teaching and ultimately into graduate school to become a school administrator.

“Dr. Emdin spoke to me when he wrote, you have to meet students where they are — not only academically, but culturally,” says White. “Students need to feel seen like their whole self in the classroom or there will always be a disconnect. I saw that firsthand. When you don’t feel seen, you feel undervalued. As a teacher, I want to make sure my students know their value.”

The Arthur Ashe Jr. Sports Scholar award is a part of Diverse’s quarter-century legacy of recognizing outstanding minority young men and women who have distinguished themselves in their academic and athletic pursuits.

This article originally appeared in the April 29, 2021 edition of Diverse. Read it here.

Charles Guthrie has been selected director of athletics at University of Akron, WKSU reported. 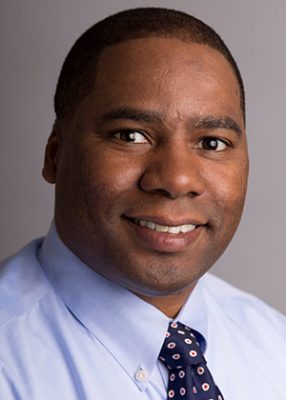 He holds a bachelor’s in political science from Syracuse University and a master’s degree in educational administration and policy from University of Albany.

Elizabethtown College has received almost $3.5 million in gifts and commitments, according to college officials. 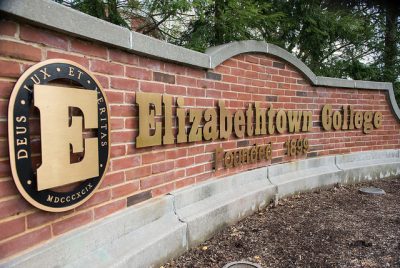 Joseph A. DePippo and his wife Nancy, have pledged more than $1 million for the establishment of a scholarship for U.S. citizens of color who demonstrate financial need.

Alumnus Charles D.A. Wilson will provide $750,000 to be used to create the Leading the Way: The Wilson Symposium Fund. Wilson also created a scholarship with Harrisburg School District to provide a need-based financial aid scholarship for a student pursuing a degree at Etown.

Stacy Goodwin Lightfoot has been appointed the University of Tennessee at Chattanooga’s first vice chancellor for diversity and engagement, The Chattanoogan reported. 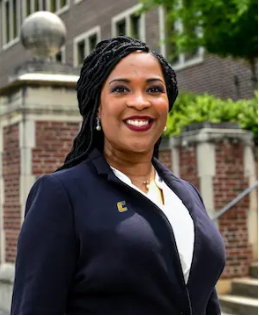 Lightfoot has spent the last 12 years with the Public Education Foundation (PEF), most recently as its executive vice president.

Lightfoot holds a bachelor’s degree in communication from DePauw University and a master’s in international service from the University of Roehampton in London, England. 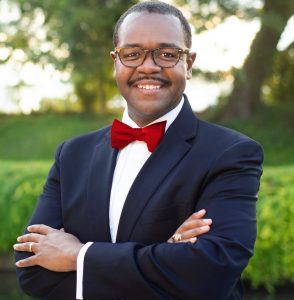 Dr. Mordecai Brownlee has been appointed president of Community College of Aurora (CCA).

Previously holding leadership positions at Blinn College District, the University of Charleston and Houston Baptist University, he currently serves as vice president for student success at St. Philip’s College. In his current role, Brownlee has seen enrollment rates increase at the institution.

Brownlee is also an adjunct professor at the University of Charleston School of Business and Leadership and an adjunct instructor at Morgan State University’s School of Education and Urban Studies.

“Raised by a single-mother who was an educator, I learned first-hand the importance of faith, hard work, sacrifice and the responsibility we have as educators to empower the minds and lives of students through equitable learning environments and ample student support,” Brownlee said. “CCA is an institution that has embraced this charge and as its president, every day I will be committed to serving as an example of the institution’s mission in action.”