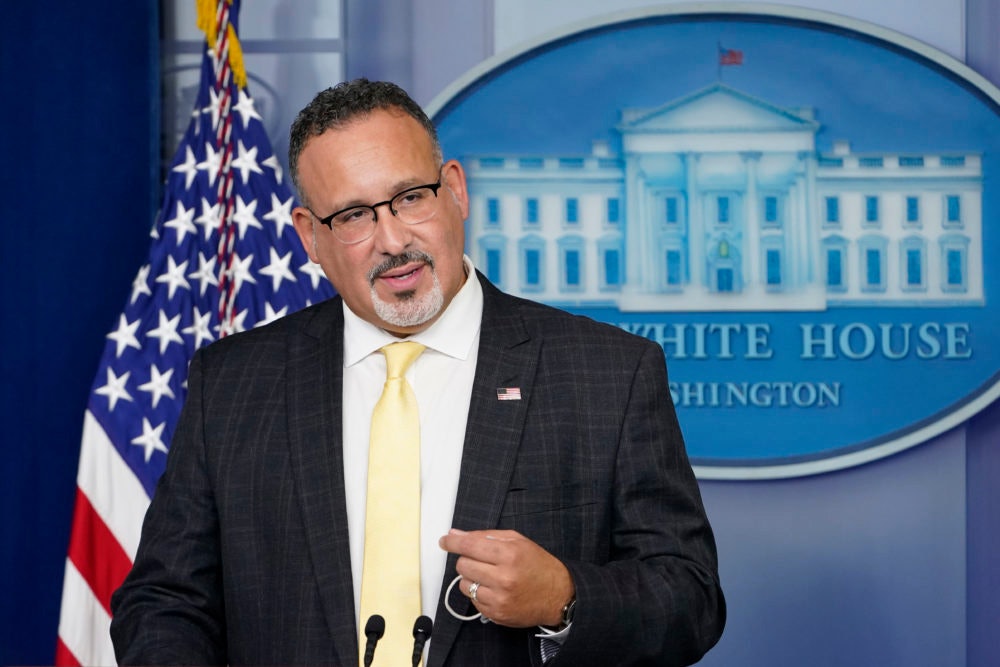 "As we celebrate the 50th anniversary of this landmark law, our proposed changes will allow us to continue that progress and ensure all our nation's students—no matter where they live, who they are, or whom they love—can learn, grow, and thrive in school," said Dr. Miguel Cardona, U.S. Secretary of Education. "We welcome public comment on these critical regulations so that we can further the Biden-Harris administration's mission of creating educational environments free from sex discrimination and sexual violence."

Title IX of the Education Amendments of 1972 is the federal law that protects students, faculty, and staff from sex-based discrimination at education programs that get federal aid. For the first time in history, the U.S. Department of Education (ED)'s proposed rule prohibits discrimination based on sexual orientation and gender identity, in addition to sex.

The proposed rule additionally gets rid of several of the Trump administration's requirements for campuses investigating discrimination cases, such as cross-examining witnesses. Many critics have argued that such requirements unfairly burden victims of harassment.

In March 2021, ED began reviewing its Title IX regulations as directed by an executive order. With public input from various stakeholders—including parents, students, and educators from K-12 and higher education—ED recognized a need to revise regulations to strengthen sex discrimination protections.

"The proposed regulations reflect the Department's commitment to give full effect to Title IX, ensuring that no person experiences sex discrimination in education, and that school procedures for addressing complaints of sex discrimination, including sexual violence and other forms of sex-based harassment, are clear, effective, and fair to all involved," said Catherine E. Lhamon, U.S. Assistant secretary for Civil Rights.

ED's proposed regulations will be open for public comment for 60 days following its publication date in the Federal Register.